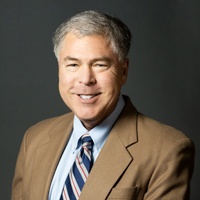 Mike is a Certified Private Wealth Advisor ® with 30 years of experience in the field.  He also holds licenses as registered representative and investment advisor representative.  In addition, Mike is a life, health, and long-term care agent.

Mike grew up in Bowling Green, KY. Earning both academic and athletic (golf) scholarships, he graduated from Western Kentucky University in 1986 with a Bachelor of Science in Business Management and a minor in Economics.

After having a successful stint as an Executive for the Boy Scouts of America (Jan 1987 to August 1991), Mike began his investment career at JC Bradford in 1991. In 1994, he moved to First American Bank's (later became Amsouth Bank) investment division. At the bank, he worked with trust officers, Certified Financial Planners®, loan officers, and insurance executives. He considers his time at the bank to be an extremely insightful in his quest to truly serve clients. In the Fall of 2000, Amsouth Bank sold their Kentucky branches and Mike decided to start Newton Financial Group. In his career, he has helped clients with investments ranging from mutual funds to more sophisticated Reg D private offerings. He has counseled and implemented strategies with insurance and he has helped to solve many other complex concerns of his clients.

Mike really enjoys helping others and has served in numerous charitable and community roles.

Mike has been married to his wife Julie for 34 years.  They have two sons.  Michael, who is a Doctor of Physical Therapy, and Nick, an accountant who works at the corporate office of Fifth Third Bank in Cincinnati.  Nick recently finished passing all of the CPA exams.